HAVE FAITH
Directed by Giorgio Pasotti

Ivan is a priest with a strong faith in God and man.

However, his beliefs will be put to a test on meeting Adamo, a neofascist appointed to his recovery community. The preparation of an apple strudel will bring on a tense power contest between a positive vision of the world and a negative one, witnessed by the confused gaze of the other members of the community: the alcoholic skier Gustave, the complicated Sara and the former terrorist, Khalid.

Ensemble cast for a bittersweet comedy, that muses on the unique human need to preserve hope no matter what. 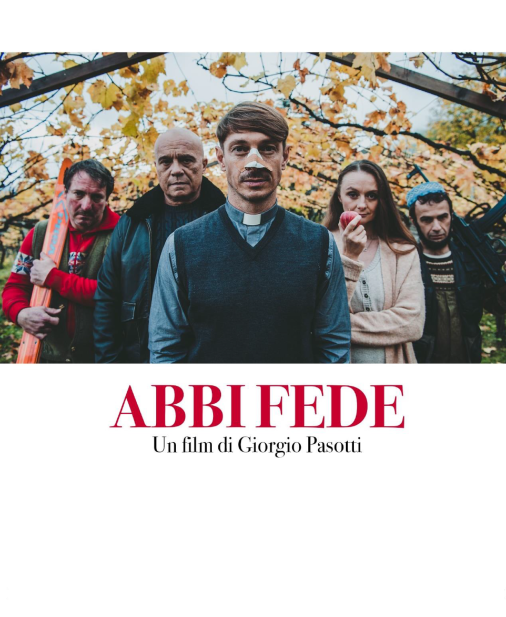