Forgive Us Our Debts
Directed by Antonio Morabito

Five weeks of shooting completed entirely in Rome in the months of December 2016 and January 2017.

Guido is a computer technician who is struggling after the company he worked for declared bankruptcy, letting all the employees go.

His financial situation becomes quite complex and he finds solace in alcohol, in the bartender Rina with whom he falls in love and in chats with a professor passionate about pool.

When the situation gets worse, Guido convinces the loan marketplace with whom he got in debt, to hire him and he works alongside Franco collecting the company’s unpaid loans.

The work methods are mostly obsessive and violent. This allows Guido to take revenge on those who fired him earlier but he also reflects on the cruelty of the job he is doing. Especially when, during a job appointment, he has to deal with a person he’s very close to. 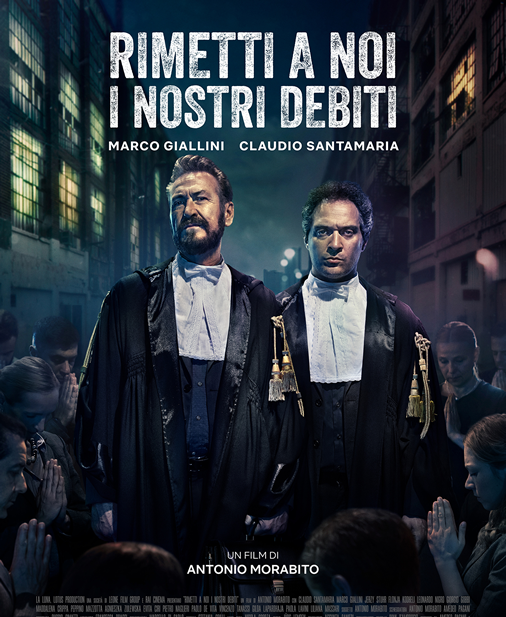