A WONDERFUL SEASON OF FAILURE
Directed by Mario Bucci

The movie was selected for all the most prestigious sports movie festivals and was winner of the 2015 11mm Berlin Festival, the Italian Sport Award, the Palermo Sports Cinema Festival and the Audience award of the FICE ( Italian federation of Arthouse movies) In 2018, three years after it came out, it was awarded the prize for best feature movie at the Offside Film Fest in Milan.

The movie was distributed independently in cinemas in 2015, grossing 100.000 euros at the box office and it’s currently available on Amazon Prime Video.

The documentary tells the incredible story of the soccer Bari team in the 2012-2013 Championship.

After the bankruptcy of the sports club, the team, without salaries, t-shirts and financial resources to tackle the Italian Serie B, creates a social media campaign with the goal of finding a new buyer and getting people to come back to the stadiums.

While the campaign #buybariteam gathers international and national celebrity endorsements, the results on the football field bring on a remarkable comeback the team moving them from the second to last place of the playoffs with a chance to go play directly in Serie A. 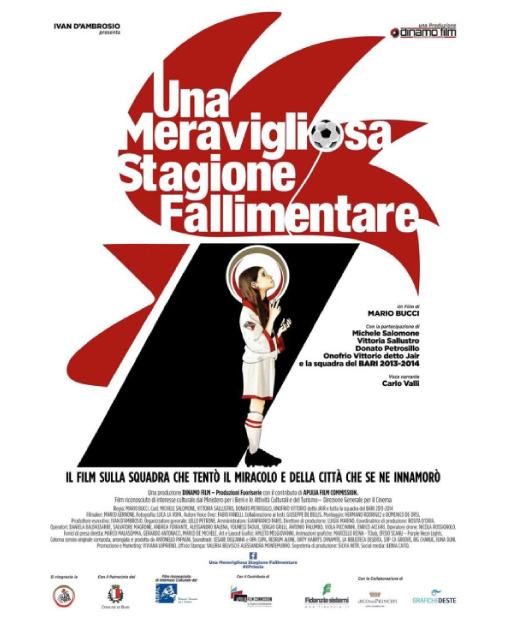